A Fascination with Numbers 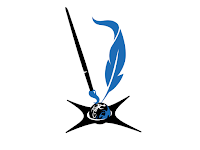 Me and WotF
On further analysis (see my previous post) of my eight (8) award-winning stories over 4 years of consecutive submissions to L. Ron Hubbard's Writers of the Future Contest, I  have yet to get a mention in the second Quarter that runs from January 1 to March 31.

And one more fascinating thing about my most recent Silver Honourable Mention The Starbuck Chronicles, but let me digress a moment.

Back in 1999 I won 2nd prize in the 1st Aurealis Millennium competition for a story that was and had to be exactly 1000 words not including the title. But wait there's more, most of my early submissions to Antipodean SF, under the mistaken impressions that Ion wanted no more than 500 words, were close to and often exactly 500 words. By now you're starting to get the picture. 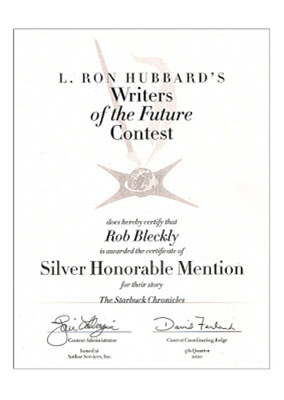 The Starbuck Chronicles,  my Silver Honourable Mention has exactly 750 words (not including Chapter# and title) in each of its 17 chapters.

I am now left to wonder if unbeknown to the judges, the pattern (the rhythm if you will) of the chapters, played part in the win.  Did it lift it up to Silver H M or lower its chances of attaining higher or did it not make a scrap of difference. Nevertheless, I enjoyed the challenge of making a longer story hold together despite the self-imposed artificial strictures.