Old Blue Eyes are Back

A year ago I was under the knife, or more like several knives (perhaps better described as scalpels)  having my wife's kidney inserted into my lower abdomen.

My internals now look something like the diagram here. (The left one's gone, the right  one's done and wife's is filtering on. - I should set that to music )  the ugly brown thing hanging up the top is what left of my native kidneys - not enough for a decent pie.

So what's life like now?
It really couldn't be  better.
I still have to take my pills at the same time morning and night, twelve hours apart, and will do for the rest of my life however short or long. But to put that in perspective it's no different than three meals a days and the pills are easier to prepare, consume and clean up after.

The changes are many  mostly to do with excreting bodily fluids...
What did you expect? The kidney seems to run the body's waste disposal system.

But let me start with something else. The most immediate benefit was
I get things done.
Writing for example, my second love, has taken off like a rocket. In September 2010, 4 months post transplant, I set myself a target to write "Arch" the final volume of my speculative fiction trilogy in one year. 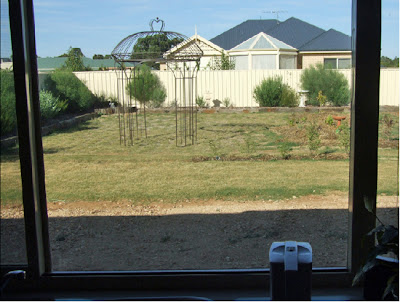 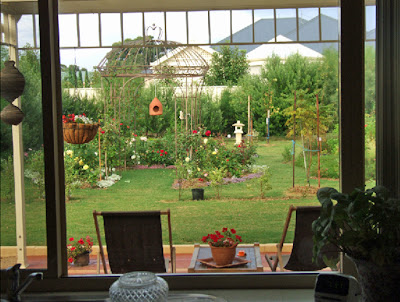 At the same time I occasionally spend a few hours making pizza's in the Oakbank Pizza Bar we part own, anywhere between 4 and 6 hours a night rolling bases making and baking pizza, fish & chips, hamburgers,  serving customers and cleaning up afterwards

Then there's our web business  Koala Ridge  In this same 12 months, along with the Writing, the gardening and the Pizza Bar,  I built the Stirling District Hospital website

The thing is,  the last time I was this active was in the 80's when I was 40,  working studying and moonlighting. The decline was gradual  With the passage of time I did less and I accepted this as the natural process of aging. I met and married Felicity in the late 90's and she got the impression I was one of those blokes who talked about what I was going to do and never did.

One year on  all has changed.
Only in hindsight did we realise the affect my diminished renal function was having on my life.
Physically now, let me start with a daily ritual caused by consuming the three meals. (If you have a sensitive nose skip this bit - but it's an important and unexpected plus for me) You eat,  you shit.  One year on  the act itself is much improved. To put it politely, it's as quick and easy as taking the pills and the paperwork now takes one sheet not half the bloody roll.

And while I'm on excremental topics the required consumption of 2L of water over an above any other fluid intake like tea, coffee, milk, cola, beer and wine would ensure I couldn't sit through a whole movie without a break.  One year on that doesn't happen and sleep wise  I can get through the night with only one or two nocturnal visits to the en-suite.  (To be fair this is probably a function of time rather than the kidney - To help the ailing kidney  I was doing 2L  and multi-toilet runs before the transplant - its just taken this long to expand bladder capacity).

One change I could do without is sweat. Now when I work up a sweat  it really does run down my face. This never happened BT, (before transplant) Back then deodorant dried up in cabinet unused, unneeded, unloved.

One year on I now have enough handkerchiefs to last the rest of my life. I stocked up because my nose always ran. I would pocket two clean ones every morning and put fourteen to twenty in the weekly wash. One year on and I still pocket  two every morning (out of habit), the same two often unused are changed when I change my pants. Fourteen plus in the weekly wash is for socks.

Lastly my eyes are  blue  again, they were when I was young but  over the years they slowly faded to grey which I again put down to old age rather than a failing kidney - my lovely donor wife tells me I'm wrong, my
old  blue  eyes are back
Ooroo
Posted by I Robot at 7:01 PM No comments:

Email ThisBlogThis!Share to TwitterShare to FacebookShare to Pinterest
Labels: kidney transplant, one year on, recovery, writing

by any other name (revised)

By any other name a rose would smell as a sweet - Shakespeare is both more verbose,


"What's in a name? That which we call a rose. By any other name would smell as sweet."


and wrong in one respect: character names; they come with baggage. Imagine if the bard had called Romeo some other Italian name, like Caligula.
I've had this problem before. In book 2 "Face", Blade (derived from his home town Blades Point) was too kitsch so I moved him to Roden Crossing and he became Roden. Moving him became a plot line in its own right with endless repercussions. Then at the start of the work in progress book 3 "Arch". For various reasons (dealt with in earlier blogs - see "what the story needs" and "The writing comes first") a POV character named Lee became Ashford.


130,000 words - 25 chapters done.
As I approach the end of  "Arch" and review the earlier tomes in light of current invention I can see where changes need to be made. For example, I noted yesterday I need to upscale the size of the Arch from 75 feet to 2700 feet but I digress.

While I was inventing and adding new names, (for all the sleepers) I was again reviewed those I had. It struck me that I don't particular like Willard the name of the hero in book 1 "Break" who remains an important figure to the end of the trilogy. At the time of choosing, I was desperate to get on with the writing.
When you're at the start of what could be 600,000 words it is good to get a few thousand on the page - at times like that any name will do, just so you can keep writing - you know it can always be changed later.
One reason for my initial displeasure was the 1971 horror movie Willard. Hard to create a memorable character out of a name that is already memorable for a different reason - try giving your hero the name Romeo or Hitler or Jesus.
The other is that his short name Will is an annoyingly frequent real word. Since I write with a computer, the change will (there he is) be easy. A global search and replace will (and again) fix him up with a new name. (a careful one, of course - find whole words - case sensitive) but it won't fix his short name. Any sentence beginning with Will, will (strike three) be cobbled. "Will this do for example?" might become "Romeo this do for example?"


But can I, me personally, do this. I have lived with his name as Willard for over ten years. (He was called Forrestar) Future readers will (there he is again) never know, they might come to know and love him as Fred or Purvis or Sir Bodsworth Rugglesby III.(love that name Klaatu)

One advantage is, if I change his name now, I will have multiple revisions (in three vols) to get used to the  new one. (Any suggestions in keeping with my convention welcome - i.e. old English. Of my current characters, the names I like are: Kezia, Rowena and Hyatt - they sound science fictiony)

Of course the name change may not happen, it depends what works for me on the day which brings me to the prompt for this post about change.

A member of my writer's group said of my last post that I gave too much away. I think he means this bit:
The latest and biggest change has been a re-evaluation of the original plot. The AI made a mistake - bad data


the asteroid will miss
Methinks this maybe because in books 1 and  2 which he and the Blackwood Writers Group have already suffered through, the asteroid strike is the main plot driver. So as is fashionable these days - mea culpa - revealing all was not my intention. I was interested in blogging the process of writing the third book of a trilogy but I felt a little story background was necessary to make sense of the process. I admit, I got carried away - a bit.

However as the first part of this post shows, everything and I mean everything, the hero's name or the asteroid missing, is


subject to change without notice.
The asteroid not striking does radically change the ending I had in mind but at this point of the story, this is what the characters (and hence the reader) believe, and that means their entire lives have been purposeless, (this is not a bad thing - story wise. It's the deep crisis point )


But I'm still about ten chapters from then end. If I get to there and it doesn't work I'll throw that idea an work in something else. It's probably harder to write this way but a lot more fun.
'ooroo
Posted by I Robot at 7:02 PM No comments: