I dreamt last night I was a writer. (That's a first - I sometimes have the weirdest dreams or salacious ones, even boring ones but never in any of them, have I been a writer) 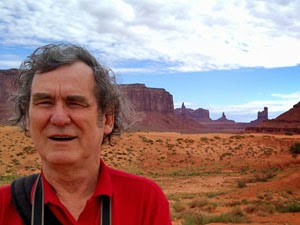 The dream writer was in, metaphorically speaking, a dream location. A farm of magnificent beauty and scale much like a film set. (Recent visits to real film locations like Hobbiton and Monument Valley probably played into the setting. Me the dream writer took notes and photographs much the same as me the real writer does. 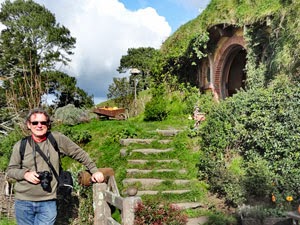 And then me the dream writer had what all writers dream of, sudden inspiration and I dreamt up a solution to a problem, I the real writer has had from book one of the trilogy. At the same time, the dream solution provided the seed for a scene that will become the trilogy's epilogue.

Then I woke up.

Now let me digress a moment because the dream solution solved a problem that should never have existed. It arose out of the way I write. I start knowing only where I want to end and make it up as I go along. Problem is I often forget little but significant details made up on the spur of the moment (with good reason at the time) and dismissed until stumbled over during the edit, at which point I scratch my head and say, "What was I thinking?"

For example from Book 3: The Arch of Restoration.


"There seemed to be no end to the flickering torches, they filled the park, the roads and all the gaps between the houses. Jorgena had seen crowds before but this was something else; this was a population on the move, a vast flowing beast like a herd of Wilderbeef."

Rowena: “I take it the relays are in place.”
Jorgena: “Yes.”

As Sarah inspects the hull, she wonders why Jorgena went to such trouble to remove her implant but had no objection to her twin daughters having them.
Author: "I'm with Sarah. Why?"

Thanks to Burnell’s slip as he began the scanning process…
Author: "What slip?"

“Look on the bright side,” Jorgena said hiding her one true regret.
Author: "Which regret was that?"


Now the problem the dream writer solved, which the real writer created at the start of the trilogy, was a headless body in a dam overflow pipe. The scene in Ch7 of Book 1 is a precipitating incident for a major POV character. The problem is - whose body is it, who killed them and how did it get there?

In creation, I had a few quick thoughts: I'll make it a bloke who is going to disappear anyway and have this person who is both mysterious and powerful do the deed - solved, forget until later, write on, 500,000 words to go. A decade and 500 Kwords later, I have never revisited the question and the first reviewer of Book 1 wants to know who the body belongs to - so do I.

The original thought for 'who' got blown away, he turns up alive in Bk3. There are no other logical contenders without unbelievable contrivance. It would be better to invent a character and integrate he/she into the story but that adds more words to a book that is way too long already. Secondly, the person I had in mind to do the deed would not leave a body. She has the resources to make a body vanish completely. Then there's the location where body turns up: on a farm in a dead end valley with a single track in. Who would be stupid enough to drag a body all that way then dump it where it is bound to be found.

So like the above examples, I have to scratch my head and say, "What was I thinking?" It plays on my mind and then my dream writer comes to the rescue and writes dream notes which when I wake and look for them, don't exist. I do remember however, I have the answer but of course, it's not something I want to reveal.

ooroo until my next post
RoB
Posted by I Robot at 5:56 PM No comments: