A horse of different colour


Taking a quote from my novel, and extending the wriding metaphor of my last post, "First rule of mounted troops, care for your animal or walk."  The animal I had been riding was the trilogy but I got back on a horse of different colour, a new short story, and paid scant attention to the one that had carried me so many miles. At the time the theory seemed sound - to quote from last post - 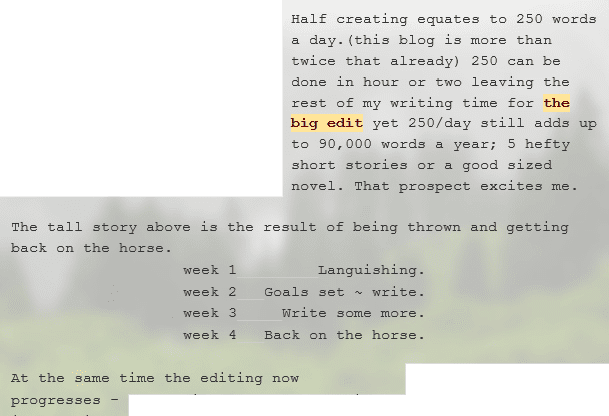 It worked until I finished the short story, which then had to edited - oops. I now had two animals needing attention and I was walking, it all became too hard, I fell off - again.

And that's about as far as this silly metaphor will stretch without surpassing it elastic limit.

Then Harper Voyager opened their transom for unsolicited manuscripts for 14 days a magnificent opportunity too good to miss. 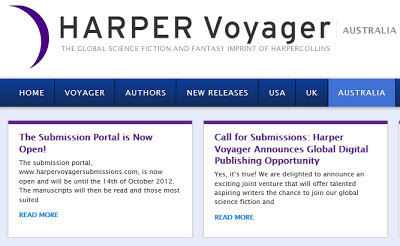 It got done, it got sent.

It is not as good as I would have sent if I had continued as I was. I now think however that with out the impetus of Harper/Voyager's deadline it might never have got finished.

There was so much more I wanted to do. For example the story takes place over a year. I have a chart with every POV characters birthday marked. Another has the daily temperature and rainfall for every day of the year. telling details which never got used.

Then (of course) as soon as it was sent I found an error on the first page - consecutive snatches of dialogue from the same character and the response from the other character in the scene  (supposed to be between those snatches) was missing.
I now have a new editing philosophy, which works the same for me as the "write book three in a year" did to get the trilogy finished, 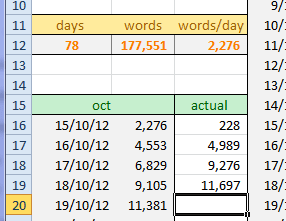 to wit: For book two I've given myself until the end of the year to edit it (overly generous I now think) The total words divided by number of days give me a daily target to edit. Since today's target was reached yesterday I had time to blog about it today
ooroo until my next post
Rob